Skip to main content
do not feed the scammers 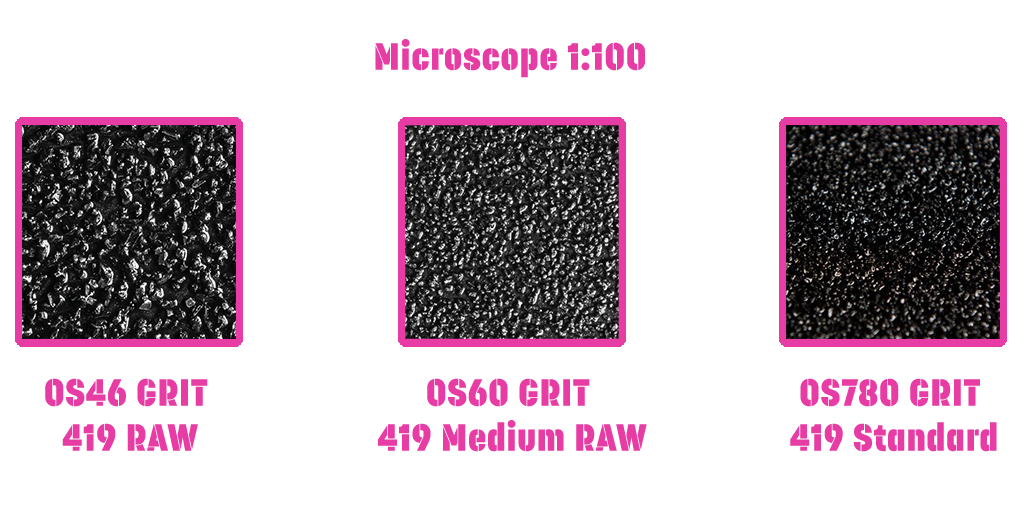 Let's take a look at 419 RAW griptape. The industry standard is OS780 or slight variations of sizing of crystals such as OS80 or OS70. For 419 RAW a coarser grit is used such as OS60 (Medium RAW) or even OS46 (RAW) but in all cases the main variation is the size of the grit whereas the process for manufacturing is much the same.

The key to achieving the best grip during manufacture is to ensure that the individual crystals are vertical.